Resveratrol – The Fountain of Youth? 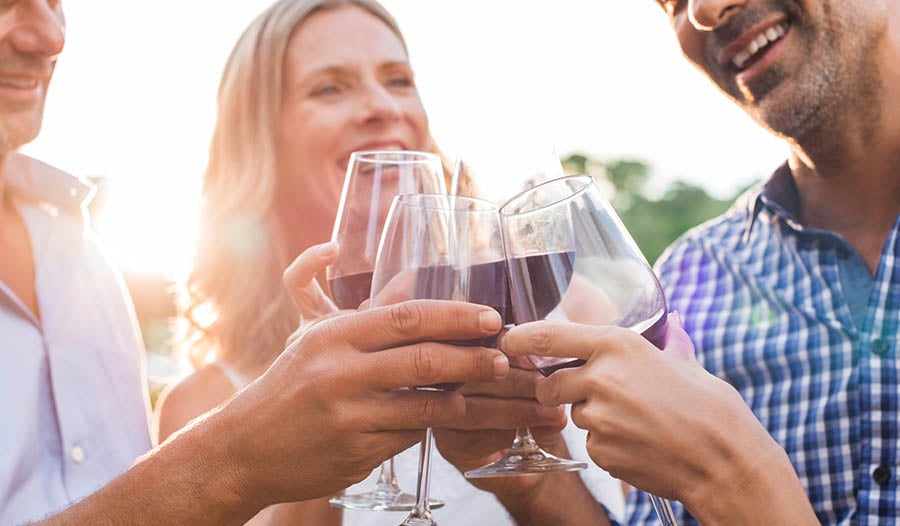 On April, 2nd 1513 the Spanish explorer Juan Ponce de León (1460-1521) and his fellow conquistadors landed in what is now known as the state of Florida. Legend has it, he was searching for the "fountain of youth". Obviously, he never found it, but the good news is that scientists have been working hard for decades in search of the “secret formula”.

Ponce de León had no idea about the compound of resveratrol in the 1500s, but he almost certainly consumed it when enjoyed a glass of Spanish wine.  Most have heard that red wine may be good for one’s health. Why is that? Is it the alcohol or perhaps something else in the wine which provides value? According to scientists, the life-preserving compound is known as resveratrol, and studies show that it has the ability to help prevent cancer, vascular disease, and brain disorders like dementia. Resveratrol may also help increase lifespan.

Research suggests that resveratrol may also aid with the following:

Resveratrol has been shown to have many functions. Resveratrol is a phytonutrient, a naturally occurring, plant-based compound found in red wine, grapes, berries and nuts.  Its antioxidant properties protects the cell and components of cells from oxidative damage. Oxidative damage to a cell frequently causes the cell to lose its ability to control itself, which increases one’s cancer risk.

Resveratrol’s heart benefits are due, in large part, to its ability to reduce LDL (bad) cholesterol and generate nitrous oxide, which helps blood circulate through the arteries more effectively.  In addition, studies show resveratrol stops platelets from sticking together, something which occurs during a heart attack or stroke. Aspirin also can help platelets be “less sticky,” which is why doctors frequently recommend it to those at risk for heart attacks or strokes. Some who are allergic to aspirin have opted to take resveratrol as an alternative.  Additionally, there is evidence that resveratrol can extend the lifespan of cells.

Food with best sources of Resveratrol

Not all wines are created equal.  The reason white wine is white and not red is that it is fermented in the absence of grape skins. Generally speaking, red wines have more antioxidants than white wine. Red wines contain resveratrol but white wines do not. The resveratrol content of red wines can vary. According to Beth Geisler in her book Resveratrol, the red wines with the highest levels of resveratrol include:

In 1819, the Irish physician Samuel Black noted that the French seemed to have a health advantage from red wine. In the 1980s, it was again realized that the French, who consumed a diet high in saturated fats, had a lower rate of heart disease when compared to other  Europeans. Scientists also noticed that the French consumed higher rates of red wine compared to others.  This became known as the French Paradox. It is believed by many that the high content of resveratrol in red wine is protective against heart disease, and some believe that there may be other contributors besides wine to explain the paradox.

Since antiquity, humans have tried to find ways to slow down and reverse the aging process.  In 1933, scientist Barbara McClintock noticed something unique on the end of chromosomes which contributed to their “stability”.  Years later, the term "telomere" was coined. Telomeres are located on the tip of a chromosome like an aglet (plastic tip) on the end of a shoelace.  Scientists realized that as a cell ages, the tip of the chromosome becomes shorter and shorter. Therefore, it was suggested that in order to slow aging, one must learn how to stop the tips from getting smaller.

Scientists discovered a few lifestyle behaviors we can do to help preserve the tips of our DNA. These include routine exercise (at least 30 minutes of moderate exercise 5 times per week) and reducing food intake by 30%, which can extend lifespan.

Supplemental resveratrol also has a similar effect according to scientific studies. Resveratrol activates what scientists refer to as the SIRT1 and SIRT2 genes. These genes make proteins that are responsible for extending the lifespan of cells.

"Arthritis" comes from the Greek word arthron, which means joint, and the Latin word itis, which means inflammation. Therefore, arthritis means “inflammation of the joint”. In general, there are two main types of arthritis: osteoarthritis (~95%) and rheumatoid arthritis (~5%).   Being able to reduce pain associated with arthritis is a main reason those aged 65 and older visit the doctor.

A 2017 study showed that resveratrol can play an important role in helping reduce arthritis-related pain, in addition to other natural supplements discussed in Arthritis, -Natural Pain Management.

Asthma results from inflammation in the airways.  Asthma results in millions of emergency room visits each year and is responsible for 250,000 deaths annually worldwide. A 2016 study showed that the anti-inflammatory effects of resveratrol could be helpful in those with chronic airway inflammation.

Diabetes is a common condition which affects millions of people worldwide. Ninety-five percent of those with diabetes have type 2 diabetes, whereas 5 percent have what doctors call type 1.  Type 2 diabetes is primarily a disease of lifestyle while type 1 is due to an autoimmune destruction of the pancreas.

A 2011 study showed that resveratrol could help reduce insulin resistance, a precursor to diabetes. A 2012 study led researchers to conclude that oral supplementation with resveratrol helped improve diabetes control and could be used to help manage one’s diabetes. Lastly, a 2015 study in the Journal of Molecular Nutrition Food Research showed improvement in the HgA1C, a test used to monitor overall blood sugar control in a person with diabetes.

Resveratrol has been shown to have anticancer properties. Scientific studies show resveratrol can cause cancer cells to self-destruct, a term doctor’s call "apoptosis". According to other studies, resveratrol also inhibits enzymes commonly found in cancer cells, which stop cancer cells from growing. According to Joseph Maroon in his book The Longevity Factor, when resveratrol was tested in the lab by scientists, it was shown to be effective against the following cancers"

As one ages, brain speed slows and many have trouble remembering.  Dementia is becoming more and more prevalent worldwide as medical advances continue to help people live longer and longer.  Of all types of dementia, Alzheimer’s disease is the most common.

Alzheimer’s disease is a brain disorder that generally affects older adults. The condition was named after Dr.  Aloysium “Alois” Alzheimer (1864-1915).  Dr. Alzheimer was a psychiatrist who in 1906 diagnosed dementia in a woman who had died from a strange mental illness. He then published his findings in a medical journal, and in 1912, this form of dementia was named Alzheimer’s disease. Doctors predict 1 in 10 people over age 65 will be affected while up to 1 in 2 over age 85 are at risk.

Parkinson’s Disease appears to have both genetic and environmental causes. Those afflicted have tremors, trouble walking, and memory issues. Depression is also common amongst those with Parkinson’s disease. Michael J. Fox, actor and star of the popular 1980s film Back to the Future has brought a lot of attention to this condition.

Medications play an important role, but the addition of nutraceuticals is also important. In 2016, researchers concluded, “…our study launched promising avenues for the potential use of resveratrol as a neuroprotective therapeutic agent in Parkinson's disease”.  In other words, resveratrol should be considered to help prevent worsening of Parkinson’s disease in those diagnosed.  Other studies have shown similar findings.

While a well-rounded diet and occasional intake of red wine will provide resveratrol in your diet, the amount is minimal compared to the amount present in supplements. A serving of grapes and glass of wine would provide less than 5 mg of resveratrol.

Resveratrol is an antioxidant found in red wine, berries, and dark chocolate. A study finds it may benefit overall cognitive performance.

By now, most of us can agree that getting your daily dose of healthy fats is a good thing.

Vitamin C, also known as ascorbic acid or ascorbate, has been one of the most researched vitamins over the last 50 years. A search of the scientific literature reveals that over 53,000 studies have been conducted on vitamin C since 1968. Their findings show that it helps promote a strong immune system as well as cardiovascular, brain, and skin health among many others benefits.