What Is The Proper Dosage Of Jogging? 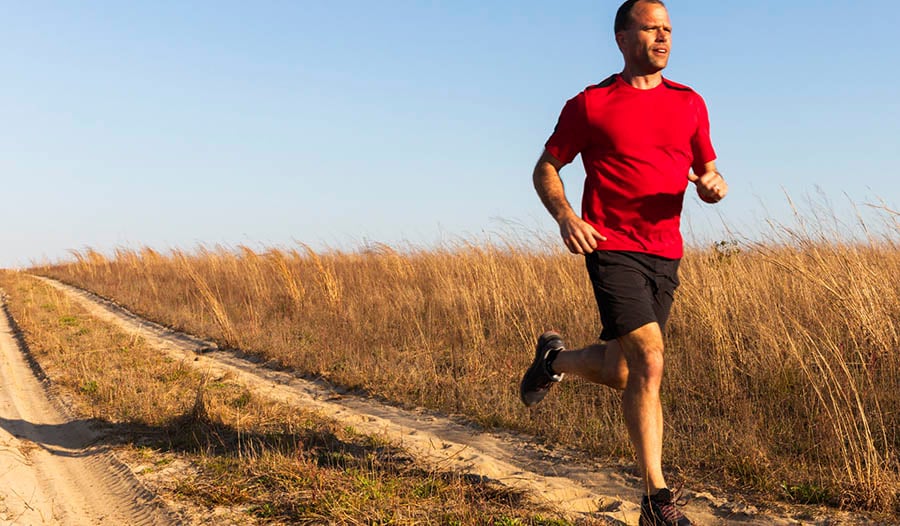 There is no question that a sedentary lifestyle is a major risk factor for cardiovascular disease (CVD) and an early death. But a new study provides data to make it easy to conclude, that people who go to the opposite end of the spectrum and run too much suffer the same consequence. As usual, there is more to the story before “running” to a conclusion.

Regular exercise protects against the development of CVD and also favorably modifies other CVD risk factors including high blood pressure, blood lipid levels, insulin resistance, and obesity. Exercise is also important in the treatment and management of patients with CVD or increased risk including those who have hypertension, stable angina, a prior heart attack, peripheral vascular disease, heart failure or are recovering from a cardiovascular event.

Despite the benefits of exercise, throughout history, there have been reports of people dying from running too much or too far. The most famous case is that of Pheidippides, a running courier who in 490 B.C. is believed to have run from Marathon to Athens, Greece, a distance of approximately 25 miles, to bring news of the Athenian victory over the Persians. Upon reaching the Athenian Agora, he exclaimed “Nike!” (“victory”), and then collapsed and died.

One of the most famous studies on the effect of exercise and jogging on heart health is the Copenhagen City Heart Study. One analysis of this study was performed in a random sample of 1,878 joggers who were followed for up to 35 years and compared with 16,827 non-joggers showed that the increase in survival among joggers was 6.2 years in men and 5.6 years in women. This particular analysis also indicated that jogging up to 2.5 hours per week at a slow or average pace and a frequency of ≤3 times per week was associated with the lowest mortality. Those who jogged >4 hours per week, at a fast pace, and >3 times per week appeared to lose many of the longevity benefits noted with less strenuous doses of jogging. These findings were not entirely unexpected by the researchers as some other studies had shown that excessive exercise was just as bad for the heart as too little.

In an effort to better evaluate the ideal dosage of jogging to improve longevity, researchers looked at a different set of data from the Copenhagen City Heart Study that used 1,098 healthy joggers and 3,950 healthy non-joggers being followed up since 2001. The aim of this study was to investigate the association between jogging and long-term, all-cause mortality by focusing specifically on the effects of pace, quantity, and frequency of jogging.

The highest reduction in risk for mortality was found in light joggers (78%) followed by moderate joggers (34%). The strenuous joggers actually showed a mortality rate that was not statistically different from that of the sedentary group.

As someone that is extremely active and believes in the value of regular exercise, this study on the surface seems to go against that practice. However, as usual in these types of studies, there is more to the story. What do we really know about the value of exercise in the promotion of health? Quite a lot actually and there is significant value with regular exercise, but excessive exercise may be quite harmful as this study suggest.

First, higher intensity and dosages of exercise is associated with many health benefits including improved cardiovascular and respiratory function, reduced body fat percentage and in particular reduced abdominal adiposity (belly fat), improved blood sugar control, and better cholesterol levels. Exercise intensity may also improve mood, sleep, and self-esteem in a dose-dependent manner. So, this study does not represent the end-all in terms of evaluating the effects of exercise on longevity.

Other studies that have looked at exercise have also reported this U-shaped curve showing that too much exercise had the same risk of early mortality as too little exercise. In terms of running, it was suggested that the limit of health benefits started to erode when people started running more than 35 miles per week or walking more than 46 miles per week.

Before commenting on the findings of this study, I have to admit that I am not a runner. I do, however, put in a considerable amount of time on elliptical and stair climbing machines and push my heart rate at about 70-80% for 45 minutes or up to an hour at least three times per week. I do get on the treadmill occasionally and will run 1 or 2 miles at what would be considered an average to fast speed (6-7 mph). So, in the context of the researched reviewed above, am I am working out too hard? Absolutely, but I am not worried about it at all for several reasons. In fact, I am convinced I am doing really good things for my heart and body by pushing my exercise frequency, duration, and intensity.

Let me explain. It is thought that the detrimental effects of excessive exercise are due to the fact that exercise promotes inflammation and oxidative damage. Yep, the very things linked to hardening of the arteries (atherosclerosis). However, a little dosage of exercise stimulates the body to produce anti-inflammatory and antioxidant substance. That is a great thing, but at an excessive dosage exercise may lead to damage to the heart and blood vessels in a way that accelerates heart disease and hardening of the arteries. I am not worried about my reaching the level to be considered excessive exercise because of all of the things I do with my lifestyle, diet, and dietary supplements that fight against atherosclerosis. In essence, I flood my body with protective factors such as getting plenty of sleep; promotion of the relaxation response through meditation and prayer; eating heart health-promoting foods like richly colored fruit and vegetables, nuts and seeds, cacao polyphenols, and beneficial oils like olive; and I take a big dosage of protective dietary supplements such as fish oils, Theracurmin, numerous flavonoid-rich extracts, and many others.

Do we really need 8 cups of water a day? A dietitian and personal trainer clears up the confusion surrounding hydration and athletic performance.

Work Out Smarter, Not Harder With These Fitness Tips

I get a lot of questions about overall health, fitness, and what supplements to take to gain that “extra” edge. There are a lot of wellness trends out there, and it’s hard to know what’s worth the hype and what isn’t.

Want to Start Building Muscle? Here are 3 Considerations for Men

There are 3 factors that go into muscle-building for men: the program, nutrition, and recovery. Learn where lifters go wrong, and how to boost your training.