5 Ways to Tell if You Have an Iron Deficiency 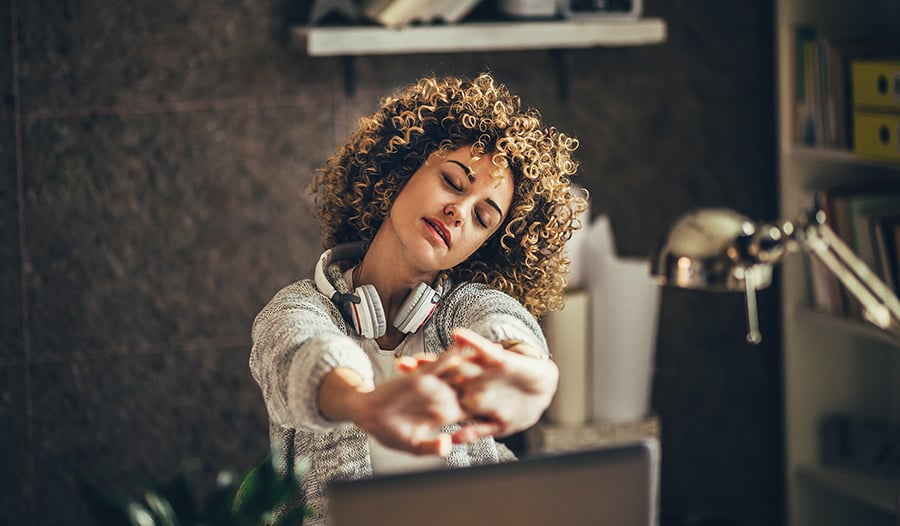 Iron is a chemical element whose value has been known for centuries. It’s the most abundant element on earth, making up much of the earth’s crust and core. In the early 20th century, scientists discovered the role of iron in hemoglobin within our red blood cells.

Iron is actually difficult to absorb by the human body as it oxidizes or loses energy when it comes into contact with oxygen. The body is smart and has developed workarounds for this problem, including adaptations in the gut to favor certain microbes that are better at absorbing iron than others.

‌‌‌‌What Does Iron Do in the Body?

Iron is a key part of hemoglobin, a protein in each red blood cell that carries oxygen to every part of the human body. This active form of iron accounts for about 25% of the total iron in the body. Some iron is stored in myoglobin or a protein-iron complex found in muscles. When you work out or move or do anything active, your muscles need a lot of oxygen. There are also many iron-dependent enzymes in the body. Enzymes are active protein molecules key for creating or breaking down certain compounds in the body.

Iron is also stored in the body in the form of ferritin. Ferritin is like our “iron reserves” ready to be mobilized into the bloodstream if needed. Ferritin, our stored iron, is kept in two organs: the liver and the heart. There is an “iron cycle” in the body where iron is stored, mobilized, and recycled depending on the body’s needs.

Iron can be categorized into two groups: heme and non-heme iron. Heme iron is more readily absorbed and is often found in animal sources, while non-heme is harder to absorb by the body and often found in plant sources.

‌‌‌‌What Are Good Sources of Iron?

There are many food sources of iron like beans, spinach, red meat, lentils, and pumpkin seeds. Seeds that are high in iron can contain phytic acid, a compound that can further reduce iron absorption.

Many foods are iron-fortified including beverages, milk, cereals, and condiments. Often iron is added to these foods to improve their iron content with the goal of greater absorption.

Another technique used in agriculture is a breeding technique called biofortification that amplifies the iron content in foods like wheat and beans.

Iron deficiencies can occur when the body uses more iron than it takes in or absorbs. Often iron deficiencies are seen through blood tests that count the amount of hemoglobin, ferritin, or transport molecules responsible for moving iron around the body.

One major issue related to iron deficiency is the development of anemia, which affects about 30% of the world's population. Women, especially those who are pregnant, and children under the age of five are at a higher risk of developing iron-deficiency anemia. Iron deficiencies can occur for many reasons, but diet and supplementation may have a large part in maintaining healthy iron status.

Since one of iron's main jobs is to deliver oxygen via hemoglobin to tissues throughout the body, it makes sense that the body will feel fatigued or weak if there is less iron to do this job. Think about how tired you feel after a strenuous workout. During the workout, you are pushing your body to capacity demanding oxygen and high rates. That type of fatigue is normal and likely uses up iron in the process.

When iron stores are low in the body, the body doesn’t have enough oxygen to supply the muscles with the nutrients they need. Often fatigue or lethargy is a symptom as the body starts to purposefully tire you out so you don’t use up the remaining iron.

The same goes for your brain. If the brain is working all day on a work or school project, it needs a lot of oxygen to keep up the pace. Iron delivers this oxygen to the brain so it can help you solve a difficult math problem or work through the night to meet a deadline.

If the brain doesn’t get enough oxygen, it will let you know right away. Your brain may feel fatigued, but more often, you could feel dizzy or lightheaded. This is your brain giving the “reset” signal to the body. When you are deprived of any nutrients, especially oxygen, the brain’s solution is to make you pass out. It thinks this is the solution to reset the body, and it is, but not the best solution if you are not in a safe place to reset.

Thin brittle nails can often be the result of an iron deficiency. Due to decreased oxygen in the blood that is circulated to the nails, the nails start to curve inward. This deformity is often referred to as spoon nails. Low oxygen content in the blood leads to the weakening of connective tissue under the nail bed. In addition, the edge of the nail can become jagged from breaking.

Pallor or paleness may be a sign of iron deficiency. When determining if someone has pallor, clinicians look at the inside of the eyelids, the tongue, the palms of the hand, and the nail bed. If these areas look more white in color than red, pallor may be present.

This change in color under the skin can be the result of less blood flow to these areas. With less blood flow, these body areas can appear more white than red.

If the body is low in iron, the level of oxygen delivered to all organs will decrease. This goes for the lungs as well. It might seem counterintuitive or the opposite of what you might think: how could the lungs be low in oxygen, isn’t that what they provide for the body?

The lungs are key in the exchange of carbon dioxide for oxygen, so every organ in the body can have oxygen. But, fun fact, the lungs also need their own supply of oxygen—enter iron and hemoglobin. When the lungs don’t get enough oxygen, you may feel short of breath.

Studies have pointed to diminished symptoms with iron supplementation. Many different forms of iron are available including liquid, tablet, capsule, and sublingual. In addition to these various forms of administration, there are also different chemical forms of iron.

Often due to its difficult absorption, iron is chelated or bound to another substance to improve bioavailability or absorption. Additionally, iron is often buffered in an enteric-coated capsule to minimize iron coming in contact with the stomach lining, which sometimes can cause irritation. Iron and vitamin C are often paired together, as vitamin C may improve iron absorption.

Regardless of the symptoms, thankfully there are solutions to manage iron deficiency.

The Top 3 Vitamin and Mineral Deficiencies in the World

The most common vitamin and mineral deficiencies worldwide are vitamins A, D3, and iron. But how can deficiencies affect health? And to what extent can supplements help?

Worldwide deficiencies in micronutrients such as folate, vitamin A, iron, zinc, and iodine are a major contributor to poor health.

This Nutrient Deficiency Can Contribute to Low Energy Levels

Have you been experiencing increased feelings of fatigue?