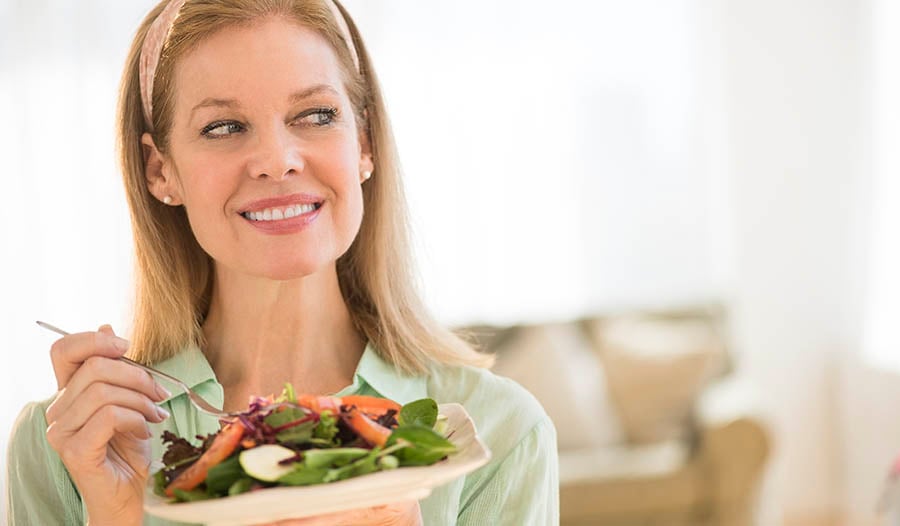 Inflammation occurs as a reaction to injury or infection. It’s characterized by pain, redness, swelling, and sometimes loss of function. It’s actually part of our natural defense against invading organisms. During inflammation, white blood cells rush to the area to destroy harmful microorganisms and dead cells, thus preventing the spread of irritation and permitting tissue to repair itself.

But sometimes inflammation can produce harmful effects, and that’s a problem. Chronic low-level inflammation plays a central role in many diseases, including cancer, Alzheimer’s, heart disease, and osteoporosis.

When you scrape your knee, it’s easy to see and feel the inflammatory response. But chronic, low-level inflammation, known as “silent inflammation,” is stealthier. To determine the extent of the problem, physicians can measure blood levels of C-reactive protein (CRP). For this reason, I recommend adding a CRP test to your yearly physical. It’s actually a stronger predictor of heart attack than cholesterol levels.

Diet plays a definite role in triggering the inflammatory response. Studies have shown that CRP levels tend to be higher in people with high-glycemic diets. Conversely, a diet that’s rich in fiber and low in refined carbohydrates is associated with lower CRP levels.

In general, diet rich in fruits and vegetables has the greatest benefit. It’s also important to avoid refined or simple sugars, which increase the glycemic load linked to inflammatory response.

Vitamins C and E, zinc, selenium, and flavonoid-rich extracts—such as grape seed or pine bark extract (Pycnogenol)—are the most important antioxidants for fighting inflammation. Supplementation with fish oil products that provide a combined dosage of 3 grams EPA+DHA daily has also proved to be effective in reducing inflammation and producing positive changes in numerous trials.

Preparations of proteolytic enzymes—including chymotrypsin, trypsin, bromelain, papain, fungal proteases, and Serratia peptidase—have been shown to be useful in a wide range of inflammatory situations. Look for products that contain a combination, and follow label instructions. You can also find Serratia peptidase as a stand-alone product for inflammation.

MicroLactin, a special milk protein, is gaining recognition as a natural treatment for joint inflammation. During the inflammatory response, the “junctions” between cells that line the joint spaces increase, which allows white blood cells to enter the joint. Once inside, these cells cause more inflammation and ultimately more joint damage. By tightening up these cellular junctions, MicroLactin prevents the migration of white blood cells into joint spaces. This mechanism of action is similar to that of drugs such as prednisone, but without side effects.

Reducing whole-body inflammation—especially in severe cases—requires a truly comprehensive approach. The examples given above are just a few of the possibilities. A consultation with a nutrition-oriented physician can help map out the best possible course of treatment for you.

The Science of MicroLactin

MicroLactin is made through a unique process whereby a small, low-molecular-weight fraction of milk is super-concentrated so that it can be delivered in convenient dosages. Two independently conducted clinical trials have confirmed that it is highly effective at improving joint function in cases of inflammation. In a double-blind study, MicroLactin showed a significantly better treatment effect in improving joint health versus placebo than did glucosamine. In fact, this treatment effect, which measured the overall improvement in joint function scores over a period of six weeks, was 60 percent greater for MicroLactin than for glucosamine. The typical dosage for MicroLactin is 2 grams twice daily for the first 7—10 days, followed by a maintenance dose of 2 grams once daily thereafter.

Why Spices Can Help with Inflammation

Spices can do more than just add flavor to a dish: They can be powerful tools to reduce inflammation in the body. These five spices are superstars at potentially lowering the body's inflammatory markers and promoting the formulation of proteins that fight swelling. With new products appearing on the market every year with lots of hype promising to reduce inflammation, it's great to know that these simple kitchen staples have been used for centuries around the world to combat inflammation.

Acute and chronic pain has affected humans since the beginning of time. Ancient healers, shamans and, nowadays, medical doctors, naturopaths, chiropractors, and acupuncturists utilize varied approaches to treat both acute and chronic pain syndromes. Chronic pain is diagnosed when a person endures pain in a specific area for more than six weeks—it usually results from inflammation, which creates an imbalance within the body.