How To Relieve Burnout and Stress According to a Naturopathic Doctor 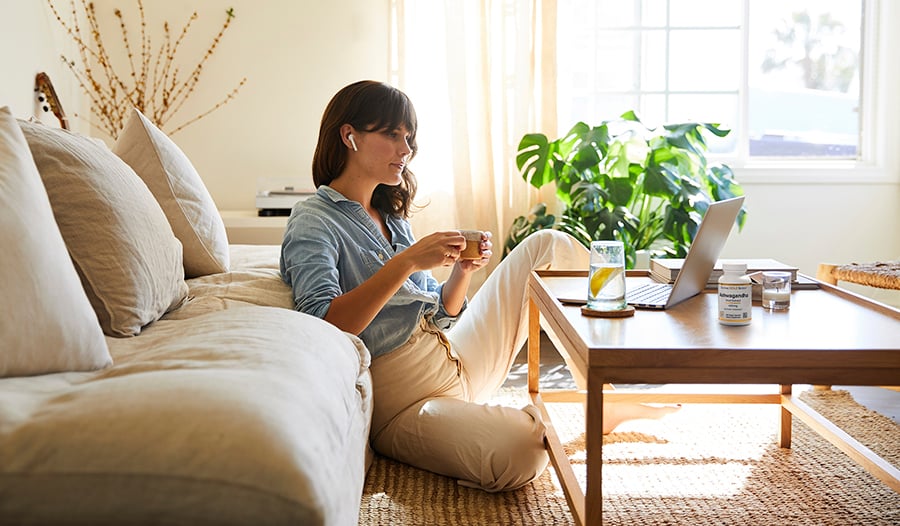 What Is Adrenal Fatigue?

In simple terms, adrenal fatigue is synonymous with burnout. Symptoms can include low energy, brain fog, and low mood.

Healthcare professionals that believe in adrenal fatigue will use salivary cortisol testing—typically four samples collected during a single day—to assess adrenal function. However, standardization of these tests between labs is nonexistent, and day-to-day stressors can impact test results.

In cases of suspected adrenal fatigue, other conditions that can cause or contribute to similar symptoms, including hypothyroidism, nutrient deficiencies, auto-immune conditions, depression, insomnia, sleep apnea, and fibromyalgia should get ruled out.

Salivary testing is not necessarily definitive but can still yield interesting information. In general, someone struggling with adrenal fatigue has been under chronic high-stress levels, and other causes of their symptoms have been eliminated.

While adrenal fatigue is a controversial diagnosis, burnout is a well-recognized mental-emotional state, usually related to an individual’s occupation. Due to the limited acceptance of adrenal fatigue as a diagnosis, there is limited research on treatment.

However, research on the effects of nutrients and herbs that have beneficial effects on the stress response and stress-related functioning is more robust. When working with patients struggling with adrenal fatigue, lifestyle changes and nutrient support can improve stress resiliency, energy levels, and mood.

Nutrients That Influence the Stress Response

An old study in mice supplemented pantothenic acid found that lifespan increased by 19%. Due to its ability to support steroid hormones, including cortisol, pantothenic acid is often considered a critical nutrient for treating adrenal fatigue.

Generally, when supplementing any B vitamin the other B vitamins are included to help balance out support. The B vitamins work best combined in their active forms since they do not require additional biochemical changes to provide benefits.

Magnesium is an anti-stress mineral. When we are stressed, our need for magnesium increases. Unfortunately, when stressed, we retain less of the mineral. In cases of chronic stress, loss of magnesium can worsen the stress response. As such, maintaining adequate magnesium is crucial for stress resiliency.

Research has shown that in response to different stressors, magnesium helps reduce elevated cortisol. Since magnesium is so commonly deficient, it is often a crucial supplement to help with stress-induced illness.

L-tyrosine is an amino acid and constituent of protein that acts as a precursor for both neurotransmitters and thyroid hormones. It appears to increase or improve energy levels and mental performance under stressful situations. An older trial exposed individuals to cold stress and low oxygen and found improved mood and performance.

A study by the United States Navy found improved performance under conditions of work stress and sleep deprivation. A study on military cadets under a demanding combat training course also discovered improvements in performance with tyrosine supplementation.

While tyrosine can be helpful for acute stress, some research suggests that if taken continuously, the benefits of tyrosine start to fade after a few weeks. Tyrosine likely works best on an as-needed, short-term basis.

Ashwagandha is a classic Ayurvedic herb used for thousands of years to help tonify and support health. And more recently, the latest research has continued to support its historical use. A recent review concluded that “[ashwagandha] extracts exhibited noteworthy anti-stress and anti-anxiety activity in animal and human studies.” They also noted potential benefits for anxiety and depression.

Other research has found benefits in general for physical performance in both men and women. Ashwagandha also appears to have a consistent effect on lowering cortisol levels.

Another herb that has been well studied for supporting individuals under stress is rhodiola. The herb has a long history of use in Russia and Scandinavian countries to support energy and mood. Clinical trials of rhodiola have shown improved energy and mental performance in multitasking situations, along with reduced stress, anxiety, depression, and anger. Studies also support its use for improving mental performance for individuals with fatigue.

Schisandra is a tonifying Chinese herb that came under review for its clinical applications in Russia in the middle of the last century. Due to its benefits, the herb is included in the Russian National Pharmacopoeia and State Register of Drugs. Animal research found increased physical work performance while providing resistance to numerous physiological stressors. In humans, improved physical and mental performance were noted with moderating effects on stress hormone levels.

Ginseng is a classic Chinese herb for providing energy. Along with its long history of use, some of the latest research suggests benefits for stress, depression, and anxiety. A recent trial found improved stress responses for individuals under intense work stress with ginseng. Other research has found improved energy levels in patients with unexplained fatigue.

Any patient suffering from symptoms of adrenal fatigue also needs to reduce stressors in their daily life. Working nights or jobs with excessive travel to different time zones, in my experience, can strongly contribute to problems. High stress personal and work situations should also be reduced whenever possible. In addition, relaxation strategies and exercise are crucial for helping improve adrenal fatigue.

As with most health conditions, dietary factors are also important. In general, individuals should move towards reducing or eliminating processed foods and refined carbohydrates. Consuming quality protein and fat with complex carbohydrates is helpful. It is also important to get plenty of antioxidants from fruits and vegetables. Berries, in particular, have standout benefits.

Normalizing the sleep schedule is also key. Melatonin is a simple strategy to improve sleep quality or to help shift sleep schedules back to a more normal timeframe when needed.

While adrenal fatigue is a controversial diagnosis, there is no shortage of patients struggling with unexplained fatigue, burnout, depression, and anxiety. Researched strategies aimed at improving the stress response can be helpful for these individuals. Considering the safety of the included supplements, when used properly, the benefits for treating adrenal fatigue likely outweigh any concerns over the controversy for the diagnosis.

6 Tips for Weight Management that Lasts from a Naturopathic Doctor

Eat more and exercise less to manage weight? A naturopathic doctor explains why her approach helps you shed pounds and keep them off.

8 Ways to Relieve Back Pain, According to a Doctor

Whether you're concerned about gut health, immunity, fitness, or more, a naturopathic doctor offers recommendations for supplements to address them.

4 Natural Approaches to Psoriasis According to a Naturopathic Doctor

Psoriasis is an autoimmune disorder that affects over 125 million people worldwide. Learn more about psoriasis and how a natural approach may benefit this challenging illness.